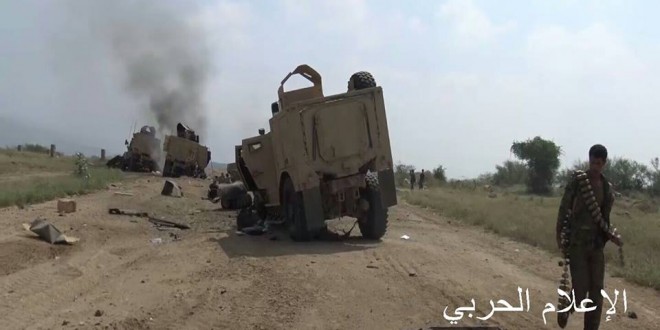 The Yemeni forces demolished three military vehicles belonging to the US-backed Saudi coalition, military source confirms. The coalition has been waging a war on Yemen since March 26 of 2015.

The operation led to the death and injury of several Saudi soldiers in the site, in addition to causing a state of panic and fear.