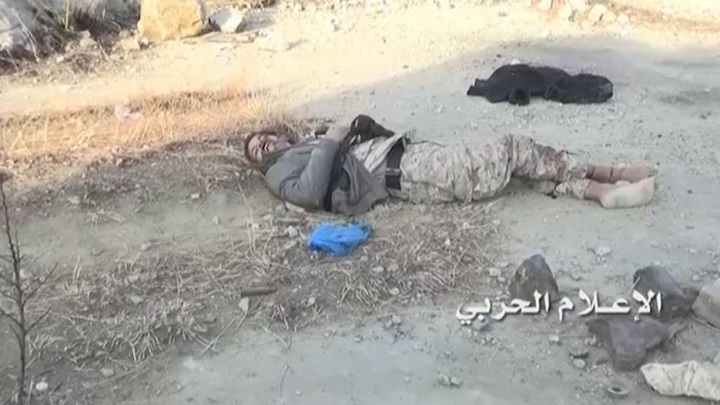 At least seven Saudi-paid mercenaries have been killed today in two different military operations carried out by the Yemeni army and popular committees in western Taiz.

On the other hand, another three mercenaries have been killed towards the Air Defense hill in Bir Basha region.

Saudi Sites and Soldiers Targeted in Border Region of Jizan