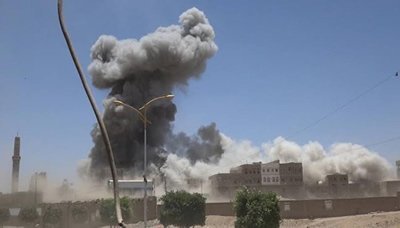 # Taiz:Warplanes of the raid Saudi American aggression on Omari Mount in Dubab