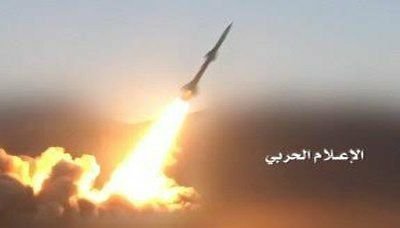 The missile force of the Yemeni army and popular forces fired a Sarkha3 missile, a locally-made rocket, on Thursday targeting the gatherings of US-Saudi-paid mercenaries in Karash district of Lahj governorate, a military official reported.

The missile hit its target accurately and caused heavy casualties among the mercenaries and their troops, the official added.