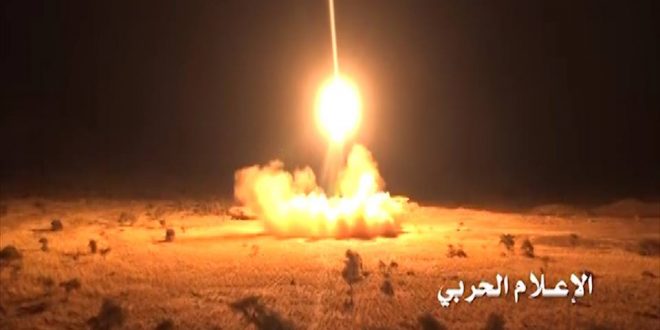 The Yemeni missile force has declared earlier today the targeting of the Saudi airport in Jeddah in a striking development of Yemeni response to war crimes committed by the US-backed Saudi coalition and the land, air and sea blockade on Yemenis.

The official spokesman of the Armed Forces, Brigadier General Sharaf Ghalib Luqman, confirmed that the objectives of the Yemeni missile force are coordinated with military foundations guaranteeing the %100 high accuracy of pounding the target and causing the largest possible loss for the enemy’s military forces.