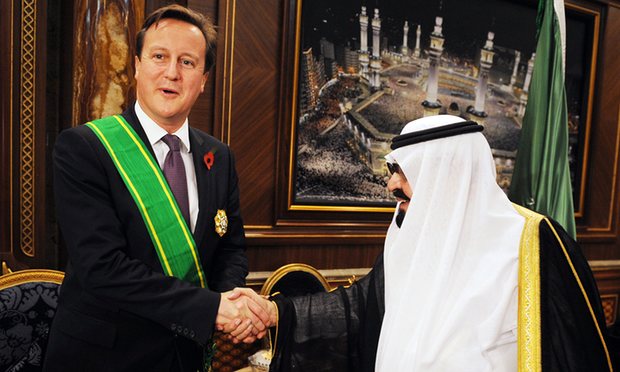 The Ministry of Defence has been accused of “seriously misleading” a cabinet minister in a desperate effort to get export licences for British-made missiles for use by Saudi Arabia in its controversial bombing campaign in Yemen.

The former business secretary Vince Cable has told the Guardian he was given specific assurances by the MoD about oversight of potential targets – which he deemed an essential safeguard to minimise the risk of civilian casualties in the increasingly bloody conflict.

He says he was told that the UK would enhance its oversight to the level given by the Saudis to the US – which would include involvement in decisions about what was being bombed.

It was on this basis, Cable says, that he agreed to sign licences for a consignment of laser-guided Paveway IV missiles, which he had blocked amid concerns about civilian deaths.

However, the MoD has told the Guardian it has no military personnel in the “targeting chain”, and has denied ever offering Cable such assurances last year.

Cable said: “That is categorically contrary to what I was told was going to happen. If what they are now saying [is] I was not offered oversight on an equivalent level to the Americans, and that this would involve oversight of targeting, then I was seriously misled. That is total fabrication because that was very specifically stated. That is not something that I would have made up.” 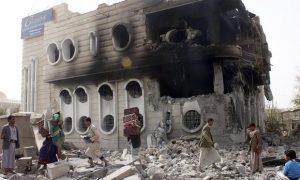 A second source who was involved in the discussions at the time has corroborated Cable’s account. “Mr Cable was told we would have oversight of targeting. He wouldn’t have agreed to the licences without this,” the source said.

The shadow foreign secretary, Emily Thornberry, said: “It is extremely disturbing to discover the sale of arms for use in Yemen was approved by Vince Cable on the basis of a lie, and it provides yet more evidence that limiting civilian casualties in this conflict has been the least of the government’s concerns.

“Given the MoD have now confirmed they have no control over what the Saudi airstrikes are targeting, any notion that Britain is acting as a restraining force on the coalition forces is plain nonsense.”

The sale of British-made arms to Saudi Arabia has been under scrutiny for months because of Riyadh’s role in Yemen’s civil war. The kingdom has led a coalition of Middle Eastern countries to push back against the Houthi militia, now in control of much of the country.

Saudi Arabia has spearheaded the bombing in Yemen – raising concerns that UK weapons may have been used in airstrikes that resulted in civilian casualties. Earlier this year, the UN said 119 coalition attacks had breached international humanitarian law, with many involving “multiple airstrikes on multiple civilian objects” such as hospitals, schools, factories and homes.

With concern about civilian deaths growing last year, Cable suspended the sale of Paveway bombs to the Saudi royal air force. He said he would not approve the licences until the MoD agreed extra safeguards to minimise the risk of UK missiles causing casualties. The suspension caused uproar within the MoD, the Foreign Office and Downing Street.

The Guardian has been told David Cameron, then prime minister, called his deputy, Nick Clegg, the leader of the Liberal Democrats, to ask him why Cable was dragging his feet. Michael Fallon, the defence secretary, and Philip Hammond, then foreign secretary, also lobbied for the immediate resumption of sales, according to Whitehall sources.

“The MoD was desperate to get the licences signed,” said one source. “The Saudis were putting enormous pressure on the government, and this hold-up was extremely embarrassing. They’d already told the Saudis: ‘This stuff is coming.’ And then it got held up and they couldn’t explain to the Saudis what was going on.”

Another source added: “The Saudis are extremely important to us, both as a customer but also in strategic terms in the region. The bottom line is, if we don’t sell these arms to them, someone else will.”

Cable says he was told there were “aircraft on the runway” waiting to fly to Saudi Arabia with fresh supplies. In the end, Cable says he agreed to sign the export licences, but only after the MoD had offered to beef up its oversight of Saudi targeting to the levels afforded to the Americans. He said he was told the US had oversight of what Saudi Arabia intended to target, and “final say-so” if it saw anything untoward.

“My very clear understanding was that the equipment would be supplied to Saudi Arabia on the very clear basis that British personnel would have oversight of what the Saudi air force was doing, on the same basis as the Americans,” Cable said.

The MoD said its liaison officers “are not embedded with the Saudis. [They] do not provide training, they do not provide advice on IHL [international humanitarian law] compliance, and they have no role in the Saudi targeting chain.

The MoD refused to say what had actually changed as a result of Cable’s demands. “We won’t go into details,” said a spokesman. A defence source said it was untrue to say the Americans could effectively veto targets.

Anna MacDonald, director of the Control Arms coalition, said it appeared the MoD had “either pulled the wool over the eyes of the minister, or were themselves extraordinarily naive”.

She added: “Either way, these arms deals should not have been approved, and Yemenis are paying the price with their lives.”