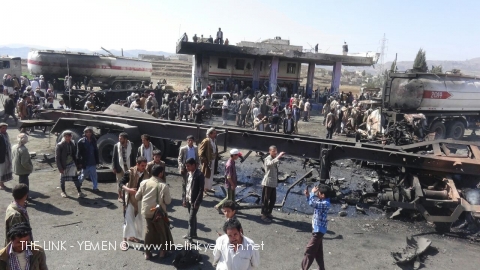 The military source said : The Fighter jets of US-backed Saudi coalition launched two raids on Oil tankers of in the general street and resulted 8 martyrs and 9 wounded.