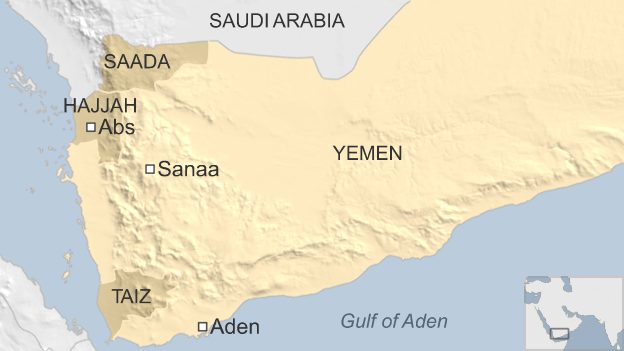 A local source in the Hajja said to “Yamanyoon” , the fight jets aimed at the civilians’ car by two raids in the Aquaoh area the directorate of Hiran.

Dozens of citizens were martyred , injured and the ambulance rushing to help the wounded, source add.

More Than 50 Air Strike in the Provinces of Yemen