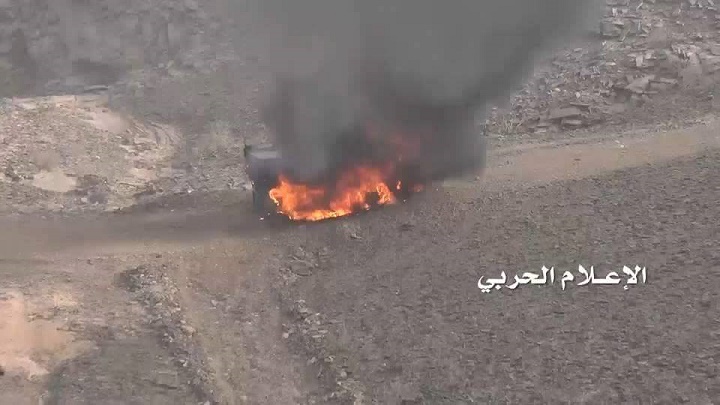 Destroy A military Vehicles of the Hypocrites in Taiz

Army and popular committees destroyed a military vehicles of the hypocrites by the artillery shelling and targeted the hypocrites gatherings in the area of Sberan directorate of Sha’af , in Taiz .