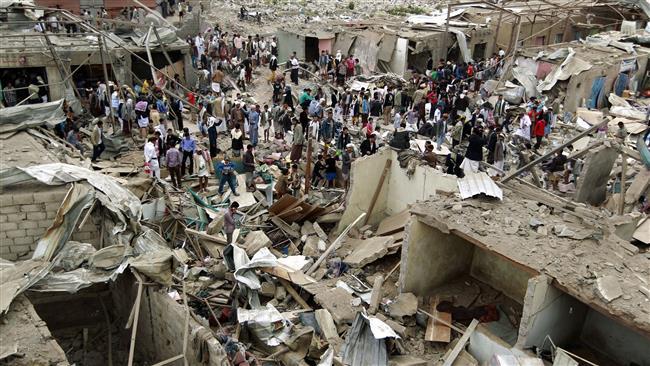 On Monday, three people were killed as Saudi warplanes carried out raids on the country’s northern province of Sada’a.

Another nine people were killed and three more were wounded as Saudi jets bombed a vehicle in the country’s Hudaydah province.

On Sunday, At least eight children and three women were killed after Saudi fighter jets targeted a residential area in Yemen’s northern province of Jawf.

Saudi Arabia has been ceaselessly pounding Yemen since March 2015 in an attempt to crush Yemeni people and reinstate the former president, Abd Rabbuh Mansur Hadi, a staunch ally of the regime in Riyadh.

Latest figures show that the war has so far killed over 12,000 Yemenis and wounded thousands more. The Saudi aggression has also taken a heavy toll on the country’s facilities and infrastructure, destroying many hospitals, schools, and factories.

Another 2,100 people have died of cholera since April as hospitals struggle to secure basic supplies across the country.

Saudi can’t cover up its failure in Lebanon: Hezbollah official