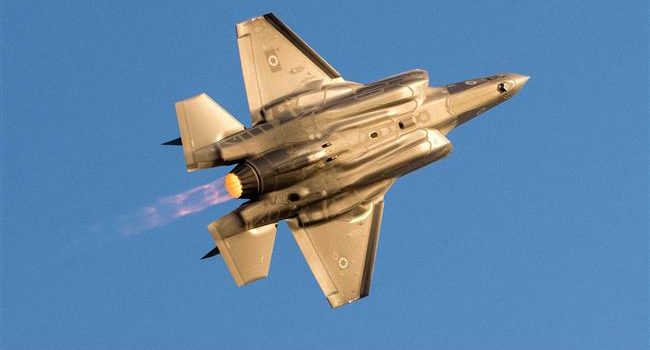 Israel has reportedly been conducting a years-long campaign of airstrikes in Egypt’s Sinai Peninsula with Cairo’s blessing.

Using unmarked warplanes and drones and unconventional flight routes, Tel Aviv has been staging airstrikes against targets in the peninsula at least since 2014, The New York Times said on Saturday. It named former and current British and American officials involved in Middle East policy as its sources.

So far Israel has carried out more than 100 such attacks, the report said.

Apart from Jordan, Egypt is the only Arab country, which is in a peace agreement with Israel. Cairo and Tel Aviv have also close intelligence cooperation.

The NY Times alleged that attacks were aimed at Takfiri militant targets. While militancy has taken a considerable toll on security forces and civilians in Sinai, the militants have never been known to use Egypt as a base for attacks on Israeli targets.

The airstrikes are being conducted with Egyptian President Abdel Fattah el-Sisi’s approval, The Times added. The report said Sisi had kept the strikes secret, only letting a small group of military and intelligence officials in on the cooperation.

It said the president had also kept northern Sinai a closed military area, barring reporters from the region.

The Associated Press, meanwhile, reported that the Egyptian Army was bulldozing homes and olive groves to build “a buffer zone” around North Sinai Province’s only airport in the city of el-Arish.

The report said the buffer zone will destroy dozens of hamlets around the airport, forcing thousands of people to leave their homes for an unknown future, sparking some protest by residents despite the government promises of compensation.

Ashraf el-Hefny, a 51-year-old teacher and local community organizer, said hundreds of families are leaving their homes to an unknown future location.

“The bulldozers have already started to raze the olive groves, rooting out every green leaf in the area,” he said.

Another resident, Ayman el-Rotil, 48, said that “many” homes had been demolished quickly after bulldozers showed up, giving people barely enough time to gather their belongings.

Heavy-handed government policies ranging from displacements to shoot-to-kill orders have not contained the insurgency, but have sometimes made residents prey to recruitment by the militants.

The Israel-Egypt collaboration “is the most dramatic evidence yet of a quiet reconfiguration of the politics of the region,” The NY Times said, pointing out certain regional Arab countries’ gravitation towards Israel over the recent years.

Though trying to depict themselves as traditional upholders of the Palestinian cause of resistance against Israeli occupation, Saudi Arabia, and its allies, including the United Arab Emirates, and Bahrain, are reported to have made significant overtures to Tel Aviv over the recent years.

Palestinian teen shot in the head by Israeli snipers in Jenin