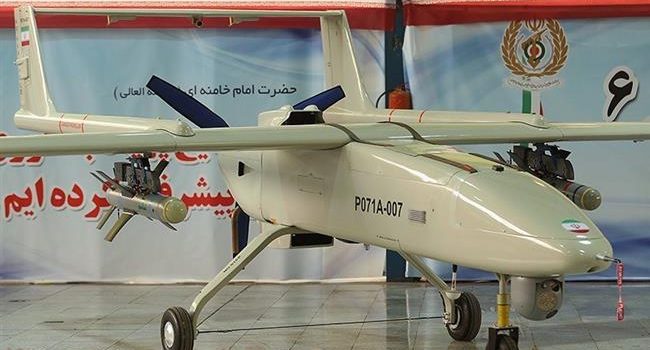 Iran has inaugurated the mass production line of a new tactical unmanned aerial vehicle, which is armed with a precision-guided bomb.

Iran’s Defense Ministry on Monday unveiled Mohajer 6 drone equipped with Qaem precision-guided bomb during a ceremony attended by Defense Minister Brigadier General Amir Hatami on the occasion of the 40th anniversary of the victory of the Islamic Revolution.

Speaking to reporters, Hatami said Mohajer 6 has the capability to carry out surveillance, reconnaissance and combat missions within a wide operational radius and can help the Armed Forces identify and destroy pre-determined targets.

He added that the drone could help conduct aerial surveillance for a long time and hit targets with high precision.

The minister noted that the new Iranian drone was capable of sending intelligence to control and command centers during day and night and could take off from and land on short runways.

During recent years, Iran has made major breakthroughs in its defense sector and attained self-sufficiency in producing important military equipment and systems.

One of the two aircraft, code-named Oqab (Eagle), is a combat drone capable of carrying air-to-surface missiles.

The other, which is code-named Shahin (Falcon) and has been developed and manufactured under a project code-named Shahid Mohsen Ghotaslou, can collect information on the positions and movements of enemy forces through reconnaissance missions. It boasts a flight endurance of 24 hours.

The drone was put on show on Saturday at an expo showcasing the latest achievements by the IRGC’s Aerospace Division in the UAV industry.

Iran has also conducted military drills to enhance the defense capabilities of its armed forces and to test modern military tactics and state-of-the-art army equipment.

The Islamic Republic maintains that its military might poses no threat to other countries, stating that its defense doctrine is merely based on deterrence.

Russia is alarmed that terrorists in Syria have anti-aircraft missiles

US redeploying troops to Afghanistan from Iraq: Report