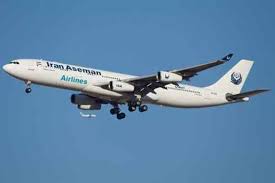 “Since yesterday the Revolutionary Guards’ drones started carefully identifying the geographical area where the plane had probably crashed and this morning two helicopters of the air forces were dispatched to the location,” he added.

Aseman Airlines flight EP3704 disappeared on Sunday morning in the Zagros range with 66 people on board, around 45 minutes after taking off from Tehran.