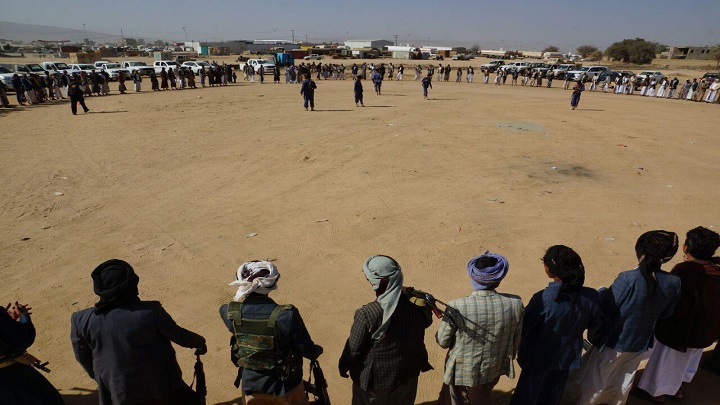 Waila tribe in the district of Kataf in Saada province held a protest to condemn the crimes of the Saudi American aggression against the people of Yemen; latest of which was the carried out airstrike that killed more than 18 citizens in Al-Aqiq area, district of Kataf.