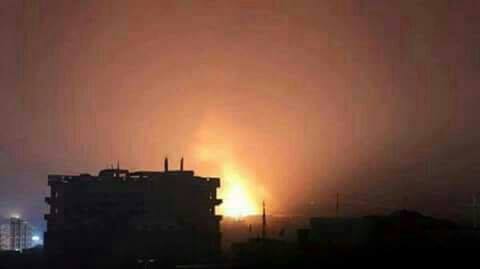 The US-Saudi air force launched a raid on the province of Taiz.

A security source in the province told Yamanyoon that the military aircraft launched the missile on the site of the ambush that resulted in the destruction of UAE armored vehicles . This was achieved by the army and the popular committee in east side of Mozah.

Saudi Warplanes Are the Reason Behind This Child’s Injury