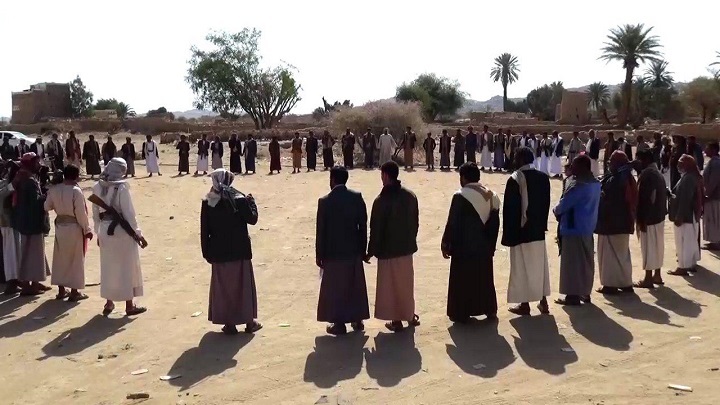 The people in the district of Kataf, Saada province went to a tribal protest. During the protest, an official military recruitment program began.

The attendees announced leaving to the front lines to take revenge for what the Saudi regime has committed from massacres, children and women of Yemen in particular.