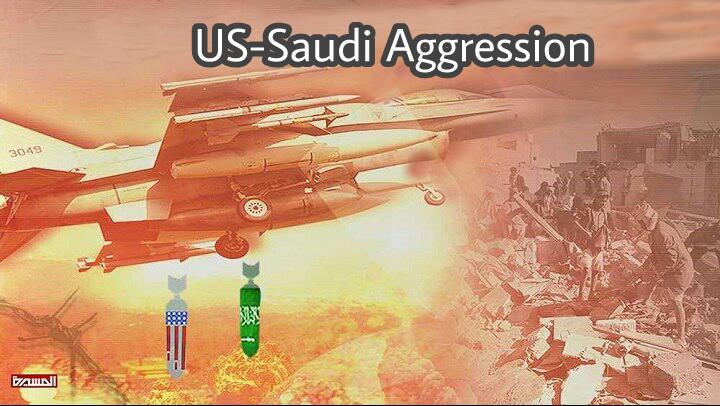 The US-Saudi aerial continued Saturday, launching raids on various Yemeni governorates and regions, killing and injuring and causing losses in property of citizens.

In Saada, one child was killed and another wounded in a raid on the Al-Habil area in Al-Dhaher district. A citizen was injured by two air raids in Haidan district. A citizen was seriously injured by a rocket and air raid in Razih.
Aggression launched two raids on the general road of Baqim district, and three raids targeted the areas of Alaf and Ammar and on the agricultural nursery.
Also in Saada district, the Saudi aggression targeted different areas of the two border districts of Razih and Monabih by rocket and artillery shelling.

In Al- Hodeidah, it launched three raids on Hiss district, and a raid on a farm in Tahita district, and one on Al jirahi district.

In Hajjah, launching 14 raids, including 6 cluster bomb on Al-Jar farms in Abas district.

It launched 9 raids on various posts in Najran.

losses in Agricultural Sector Due to War on Yemen