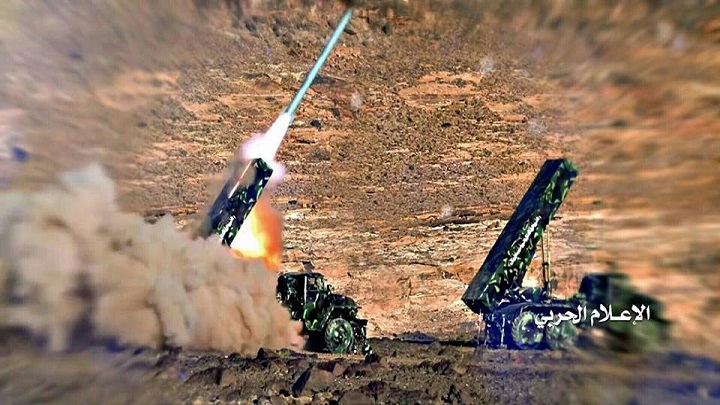 The Rocketry force on Friday revealed a new production of a short-range ballistic missile, which it was not named, locally manufactured with purely Yemeni expertise, announcing a successful launching test on short-range target.

The Rocketry force of Yemen has developed and produced different kinds of ballistic missiles during the three-year-old war on Yemen against the Saudi-led coalition. Among the ballistic missiles, they have developed are Alsarha, Zilzal, Qaher, Brukan and Bader, where these missiles have played a tremendous role in the Saudi war on Yemen,  which has affected Saudi Arabia in many ways.

President Al-Mashat: That’s Why the Us and Others Do Not Want the Saudi Coalition on Yemen to Stop