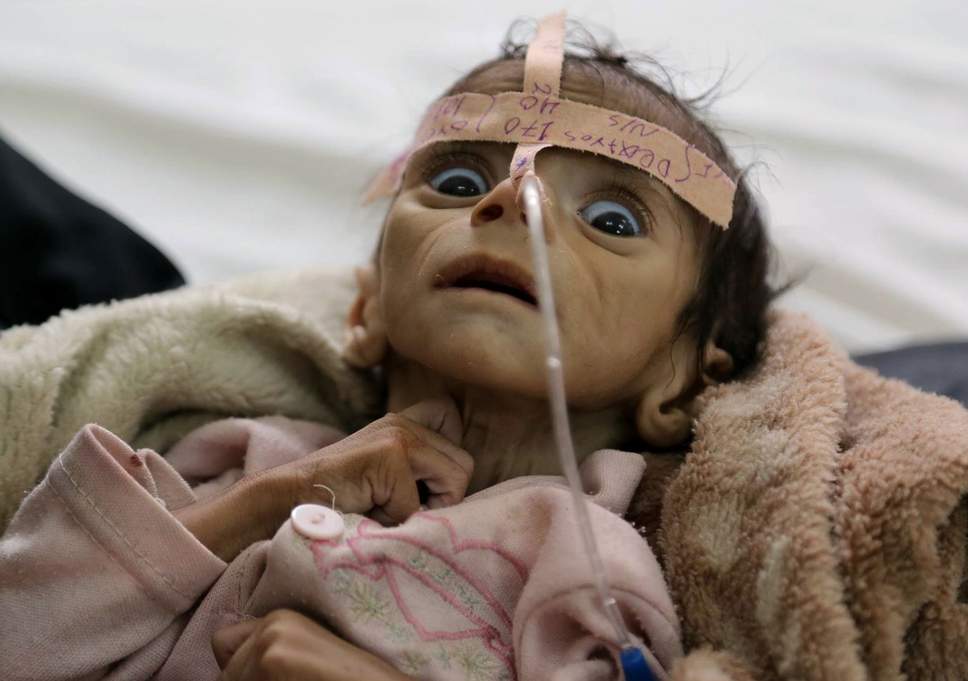 The United Nations warned Thursday that an estimated 18.4 million are expected to perish of war-driven starvation in Yemen by the end of the year, a development that will exacerbate what some say is the worst humanitarian crisis since World War II.

In anticipation of the ongoing Saudi-led assault on the port city of Hodeidah, the U.N. cautioned that the operation could trigger a famine that would imperil millions by choking off what trickle of urgently needed aid is still flowing into the city.

Less than a month before the June 13 start of the Hodeidah offensive, which has already worsened the humanitarian crisis, Mark Lowcock, U.N. aid chief, said in a statement that 10 million additional Yemenis are expected to starve to death by the end of the year, bringing the number to 18.4 million.

A main cause of the widespread hunger in Yemen is a Saudi-led blockade of the country’s biggest port in the city of Hodeidah, according to the UN statement. Around 90% of Yemen’s food supply is imported, and 70-80% of Yemen’s imports pass through Hodeidah, so the port’s functionality is crucial to the abundance and affordability of food in the country.

Saudi Arabia first enacted the blockade of Hodeidah port in March 2015 to block any imported weapons coming into the country, as the coalition said. However, every single ship coming into the country is being searched by the coalition can only enter the port only when the Saud-led coalition says so. Thus, the blockade imposed on Yemen is reducing the amount of food and other supplies being fed into Yemen, which has resulted in the worst humanitarian crisis in the world.