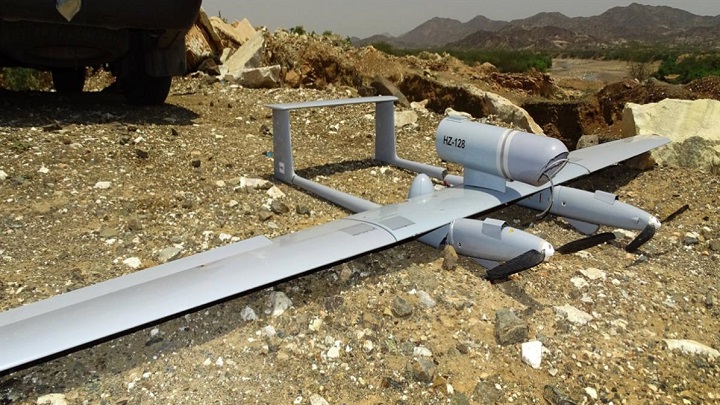 a Saudi-led reconnaissance was shot down on Friday by units from the Yemeni air force over the border Saudi southerner town of Asir.

A military source confirmed that the Yemeni air defenses were able
to drop an espionage aircraft belonging to the aggression in Raboua region, Asir Saudi southern governorate.

Just last Monday, another spy plane of the Saudi aggression was downed in Rashta in Najran.

It is worth mentioning that the Yemeni air defenses have dropped dozens of Saudi-led espionage planes, including the downing of a US-made MQ-9 Reaper, the world’s most advanced drone, in the Jeder area, north of the capital Sana’a in 2016.

UN Envoy Halted by Saudi Coalition from Taking off for 5 Hours, Houthi Comments