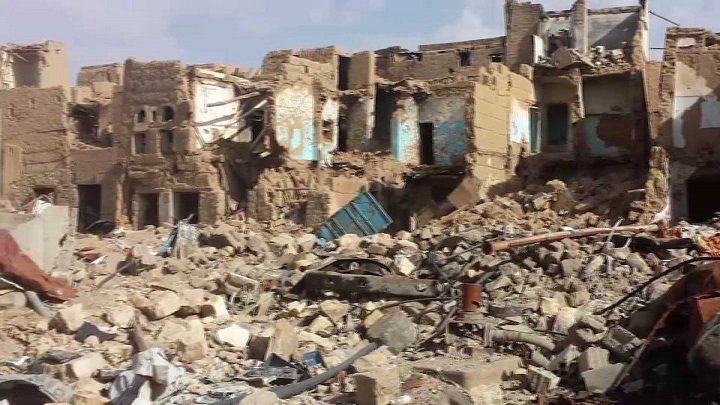 The property of the citizens was damaged on Saturday in the province of Saada following Saudi bombardment on villages affiliated with a high percentage of civilians.

property of citizens was damaged as a result of rocket-artillery bombardment on residential villages in the district of al-Zaher, according to an official source.

The source explained that the Saudi army targeted with missiles and artillery areas and villages in the border district of Razih, Shada and Baqem.

The air force of the Saudi-led aggression had launched two raids on the al-Zayreh area located within the district of Suhar this morning.