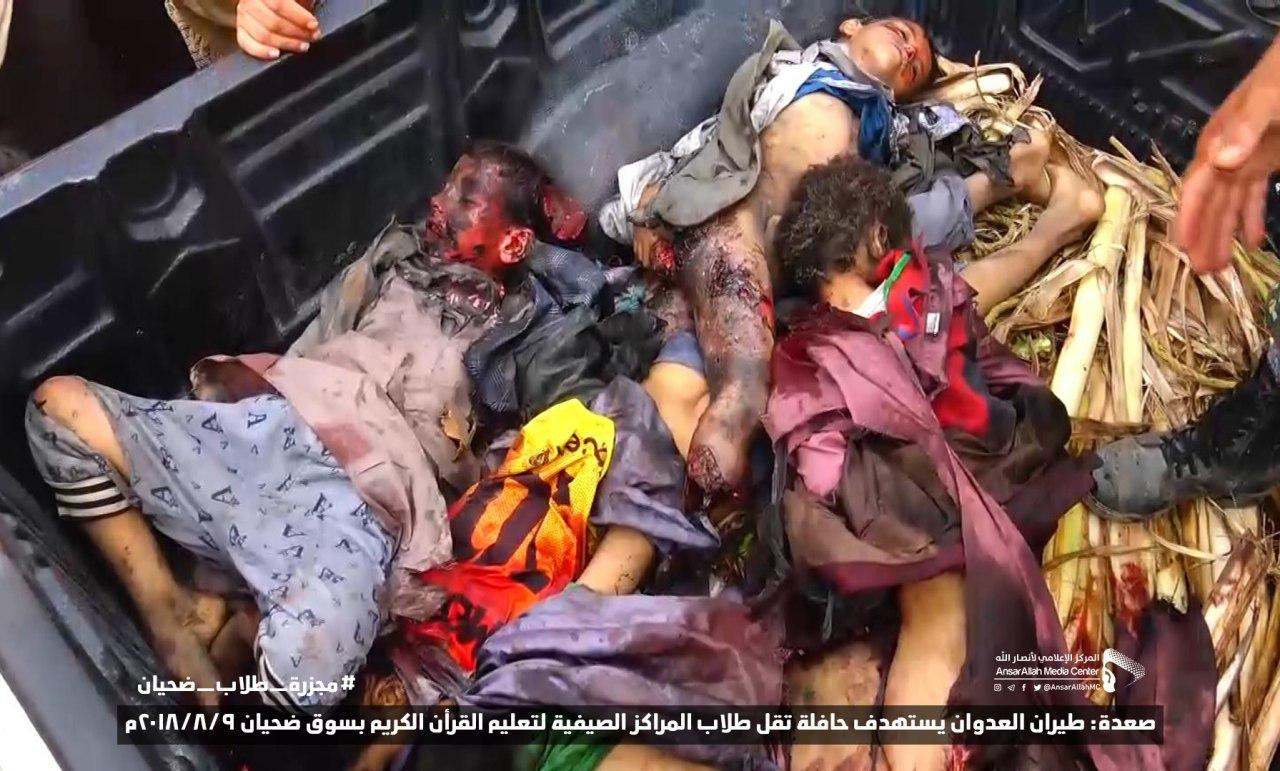 For a group of boys in northern Yemen, Thursday was supposed to be a celebration — a much-anticipated field trip marking their graduation from summer school.

A video taken by one of the boys shows the classmates jostling and yelling on a packed school bus, clearly excited for the day ahead.

A parent outside the window waves goodbye to their child.

Within hours the boy who took the video, along with most of his classmates, would be dead — killed after a Saudi-led coalition airstrike hit their school bus.