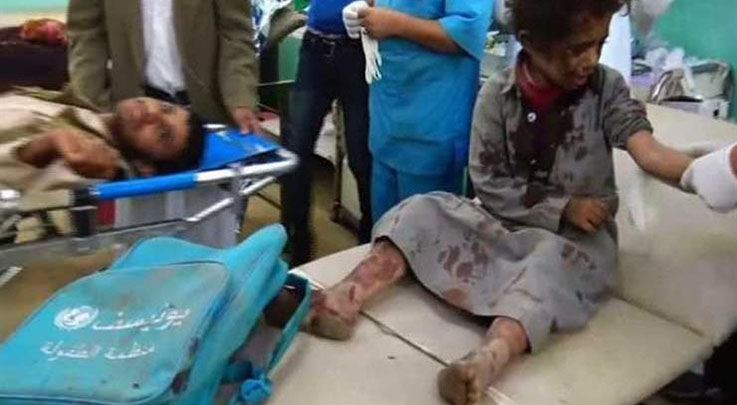 The United Nations Children’s Fund (UNICEF) confirmed that the attack by the US-Saudi aerial aggression on a bus carrying children in the Yemeni province of Sa’ada is the worst attack targeting children.

“Yemen bus attack that killed scores, including many under-15, is the worst single attack ever on children since the conflict in Yemen escalated in 2015,” UNICEF said in a tweet.

“The horrific attack on a bus in Sa’ada, Yemen, killing and maiming many children, marks a low point in the country’s brutal war. It should be a turning point. Enough is enough,” UNICEF Executive Director Henrietta H. Fore tweeted.

The US-Saudi aerial aggression launched an attack on Thursday targeting a bus carrying children in a popular market in the Dahyan area of Sa’ada, leaving about 52 dead, including 40 children and 79 wounded, including 56 children.