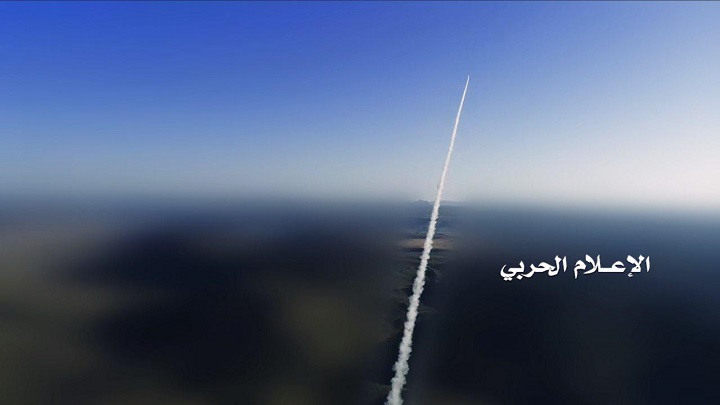 The Rocket force of Yemen’s army and the popular committees on Wednesday evening fired a “Badr 1” ballistic missile at a Saudi army camp in Najran.

A military source revealed to Yamanyoon that al-Waajeb Saudi military camp was targeted with a domestically made ballistic missile “Badr 1” in the southern Saudi province of Najran.

It is noteworthy that the Rocket force targeted the aforementioned Camp Najran more than once in the past few months.

The launch of these ballistic missiles on Saudi regions comes in the framework of retaliation against the Saudi crimes in Yemen and within the right of legitimate defense of the Yemeni people, who have been under an aggressive attack from the Saudi-led coalition for more than three and a half years.