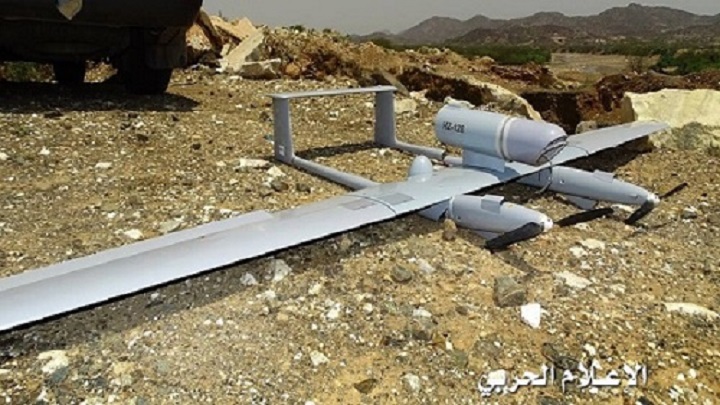 Yemeni air defenses dropped on Saturday, a spy UAV belonging to the forces of aggression in the Saudi province of Jizan.

A source in the air defense said that units from the air force managed with the help of God to drop an espionage aircraft belonging to the forces of aggression off Mount Dod.

On August 30, the air defenses managed to drop an advanced Chinese-made CH-4 drone aircraft belonging to the forces of aggression with an unidentified weapon at the border port of Jizan.

Yemen’s military media last Thursday documented the wreckage of a drone dropped by the defenses of the army and committees at the land port of Tawal.

The scenes showed the wreckage of the CH-4, a Chinese-made aircraft.