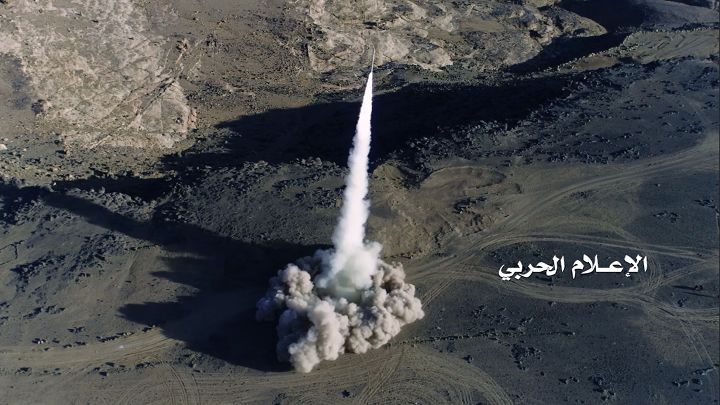 The source added that the missiles hit their target accurately, adding that the air traffic stopped for a while after it was targeted by the domestically Yemeni missiles.

It is worth mentioning that the missile force fired four ballistic missiles of the same type on Aramco refinery and petrochemical plants in the economic city of Jizan.

This comes within the deterrence and legitimate retaliation to the crimes of the Saudi-American aggression against the Yemeni people.

Whatch : Popular protests against the coalition in southern Yemen ,protesters burn pictures and flags of UAE