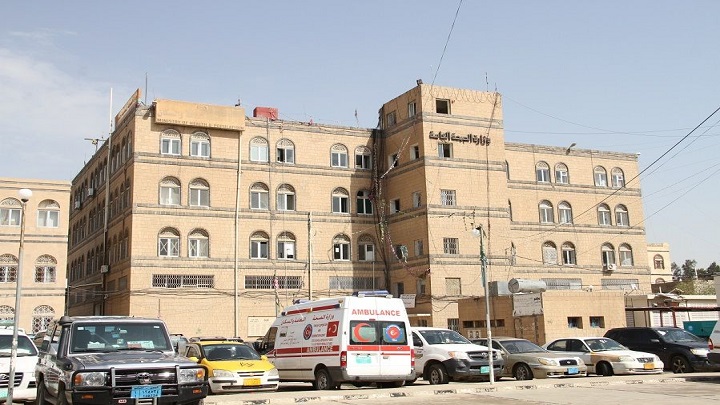 The US-Saudi aggression destroyed the Al-Durayhimi General Hospital and the Maternity and Childhood Hospital in the Durayhimi, the Ministry of Public Health and Population said on Thursday.

The ministry issued a statement saying that the Saudi-led aggression targeted with a series of aerial raids and shelling of battleships, the city of Durauhimi, which led to the destruction of the Al-Durayhimi General Hospital, which is full of patients and citizens and health staff, and destroyed the maternity and childhood hospital, which provides services for pregnant women and newborns.

The statement pointed out that the number of victims is still unknown until now, pointing out that the ambulance was targeted in the general hospital and houses of citizens and facilities, in defiance of all international laws and conventions.

The statement stressed that the Saudi-led aggression prevented the movement of ambulances and cars of citizens either for displacement or to transport the wounded and killed.

The Ministry of Health called on the world to take a serious and firm stance towards the genocide campaign against the people of Yemen and their land.

The Ministry of Public Health and Population said on Thursday that the international community, led by the United Nations and its Council and its organizations responsible for what is happening amid reports of dozens of killed and wounded due to the massive Saudi aerial on Tuhita district, Hodediah governorate.

In a statement provided by the ministry, it confirmed that the Saudi-led aggression committed many massacres against civilians in the district of Tuhita in the province of Hodeidah, which resulted in the fall of dozens and injuring many others.

The ministry added that the Saudi-led aggression did not only commit these terrible crimes against the residents there but also prevented the entry and exit of ambulances from the area to aid the wounded, targeting everything that moves in the Tuhita district.

The Ministry of Health called on all UN agencies, especially the Red Cross, to immediately assist the injured in the attack.

The ministry concluded its call to the people of Yemen to unite in confronting the bloody barbarity of the aggressive Saudi-led coalition.