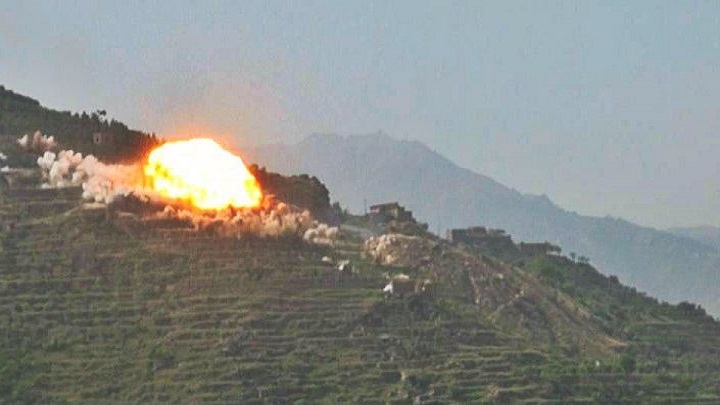 Various areas in the province of Saada on Friday were exposed to the severe bombing of a rocket and artillery shelling.

Yesterday, several residential areas of the districts of Razih, Baqem and Munebah were targeted by rockets and artillery shells, in addition to a number of raids, causing damage to property and farms.