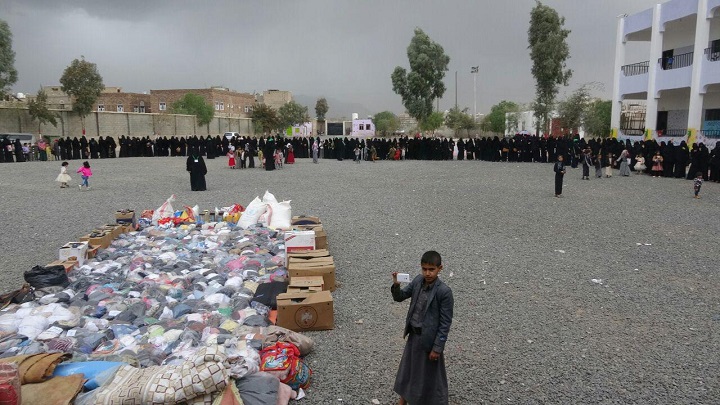 A demonstration was held at Bani Al-Harith district in the capital Sana’a today, in protest of the Saudi massacre that resulted in dozens of women and children to be killed brutally by a Saudi air raid that targeted them in Hajjah.

The women participants stress the importance of continuing steadfastness in the face of this US-Saudi aggression and supporting the fronts with men to support the army and the popular committees in defending the homeland and its security and stability.

A Dozens of Saudi Mercenaries Killed and Injured in Nehm

March 17: Saudi Crimes in Yemen on a Daily Basis