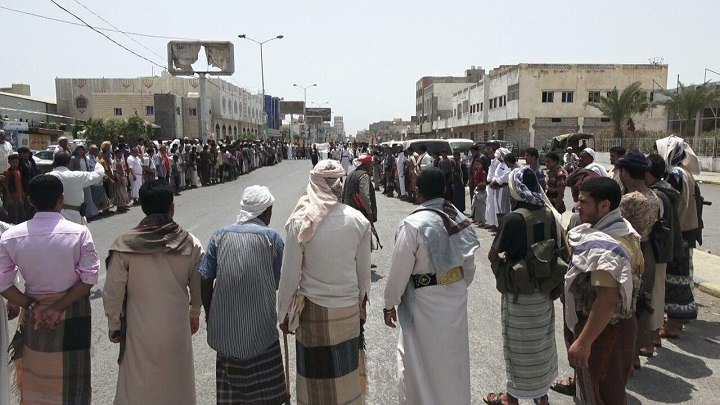 People of Hodeidah gathered in vigils, after Friday prayers, condemning the continued siege on the Durayhmi by the US-Saudi aggression. The participants condemned the continuation of the US-Saudi aggression by committing crimes against the people in al-Durayhmi district, and the imposition of a siege on the city, which resulted in the death of many women and children and elderly due to lack of food and medicines.

They condemned the silence of the United Nations, which is involved in the killing of children and women. The United Nations and the American administration are responsible for the crimes committed against the sons of Durayhmi. The participants called on the people of Yemen to confront the escalation by mobilizing the fronts to fight the forces of aggression and its mercenaries, and to lift the siege on the Durayhmi city and to thwart conspiracy schemes on Yemen.