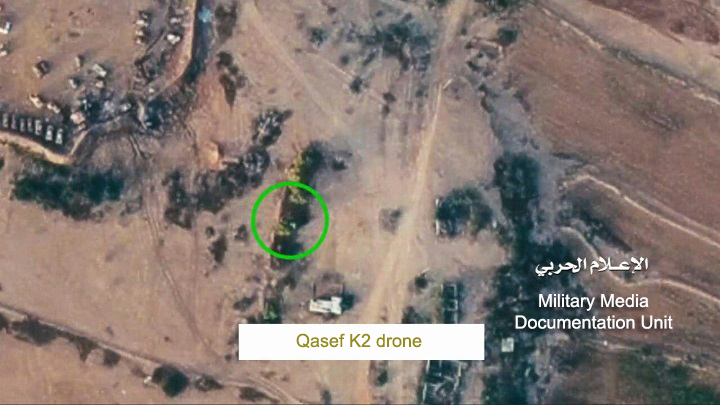 Air Force of the Yemeni  Army and the Popular Committees on Sunday struck hangars that contain Saudi warplanes at Jizan Airport.

A military source told Almasirah Net that the attack was carried out by a Qasef-K2 combat drone.

The source confirmed that the operation successfully achieved its goals, after accurate intelligence monitoring.

In mid-May, the Yemeni Army and Committees launched drone raids on a major oil pipeline deep inside the Saudi kingdom in retaliation for the regime’s war crimes against Yemen, forcing state crude giant Aramco to temporarily stop pumping oil on the pipeline.

Ansarullah warned on Sunday that those strikes were the start of operations against 300 vital targets in Saudi Arabia and the United Arab Emirates as well as positions inside Yemen, where the foreign aggressors and their mercenaries hold bases.