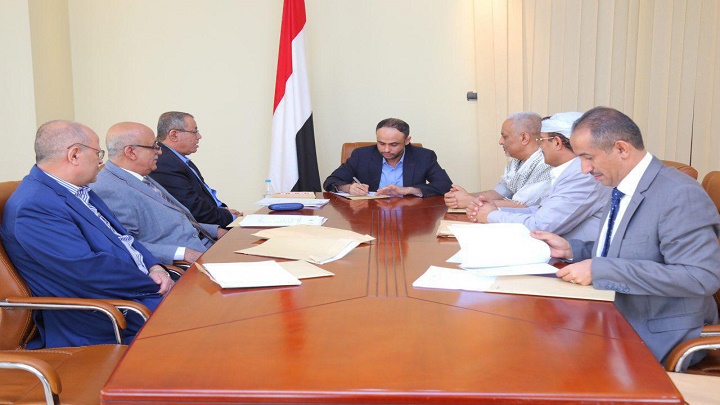 The Security of the Red Sea Is Our Concern, We’ll Respond to Any Escalation: Supreme Political Council

The Supreme Political Council, headed by President Mahdi al-Mashat, reiterated the Yemeni Republic’s keenness on the security of the Red Sea especially in light of the tension witnessed in the region.

The Council warned in a statement after its meeting of any attempts of escalation by the forces of the Saudi-UAE aggression on the bordering fronts and Yemeni coasts, pointing out that Yemen will respond to any escalation or attack. Moreover, the council called upon the Yemeni people to strengthen the spirit of brotherhood and vigilance to foil any conspiracies by the aggression as it is now being subjected to consecutive blows.

The Supreme Political Council called on the international community to commit to lifting the siege on Yemen and in the forefront of that, ending the maritime blockade by not restricting the access of food, commercial and oil vessels to the Yemeni ports, especially the port of Hodeidah.

The Supreme Political Council has stated its firm stance towards the honorable peace and the political process in a way that preserves sovereignty, unity and independence of Yemen, praising the efforts of the UN envoy to Yemen to achieve peace in Yemen.

In a separate context, the Supreme Political Council said that the indirect declaration by some forces of aggression to withdraw from Yemen contradicted its actions on the ground.

The council noted the dangerous projects being run by the forces of aggression in a number of southern occupied provinces, which confirm their efforts to divide Yemen and implement never-ending conflicts, praising at the same time the national positions of the people of the Yemeni society, especially in areas occupied by the forces of aggression, In the forefront of which is the Mahrah, Socotra, Hadramout, Shabwa and others many other provinces.

July 21: A Daily Update of the Saudi Crimes on Yemen