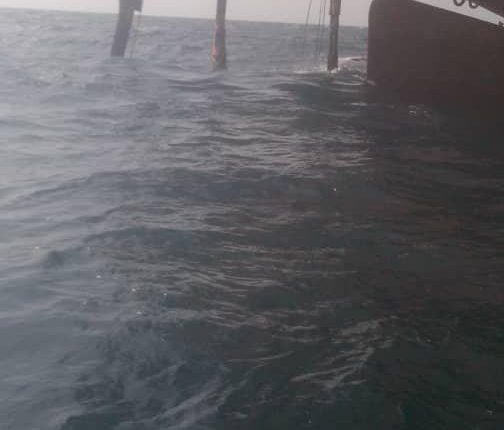 “Safer” Decaying Tanker Threatened to Explode, Could Cause a Major Environmental Disaster- Report

The Safer vessel, the world’s third-largest floating port with a capacity of three million barrels of oil, is facing huge maintenance problems in the waters of the Red Sea off the coast of Ras Essa port, as the Saudi-UAE aggressor countries continue to prevent the technical teams from visiting the vessel for maintenance.

An official source in the government of the National Salvation said that the claims of the Saudi-UAE alliance and accusing the government of opposing technical teams visit the ship and assess the damage in the structure and storage tanks are untrue lies.

The source said in a statement to “Yamanyoon” that the General Authority for Environmental Protection and the Ministry of Oil in the Government of Salvation, has repeatedly appealed to avoid the biggest oil spill disaster in the region, which will have disastrous effects on everyone, especially during the summer, And humidity rates significantly.

The source added that the Salvation government confirmed that the ship Safer was in dire need of restarting engines and carry out urgent maintenance, especially as the level of the ship’s destruction reached dangerous levels after the outbreak of rust in various places within the ship, which threatens the leakage of huge amounts of oil quantities and result in an environmental disaster.

The source stressed the concerns of the Salvation government to resolve the issue of the ship “Safer”, pointing out that the obstruction and intransigence throughout the previous period were coming from the Saudi-UAE coalition amid neglection by the international community towards this dangerous impending disaster.

The source called on the United Nations, international organizations and the international community to neutralize the oil facilities as it is a vital firm aimed to serve the citizens and the people of Yemen, stressing the importance of respecting the international conventions and the exclusion of service facilities from disputes and wars. Moreover, it called for a quick intervention to fix the floating tanker, and to prevent the continuation of the unethical practices by the Saido aggressive coalition, which seeks to waste more time.

In the opinion of observers specializing in maritime transport that any oil spill from the ship will lead to catastrophic consequences for the lives and the marine environment as a whole and will cause great harm to the fish wealth in the Red Sea, in addition to the humanitarian implications for the safety of citizens because of the proximity of the ship floating from the shore, explaining that unloading the reservoir has become a Humanitarian and moral responsibility that must be urgently acted upon as a top priority at present.

The vessel is the third-largest floating port in the world to store oil with a capacity of three million barrels and is intended to receive and export the Marib light crude, and it more than 60 years old, which is a huge tanker weighing 409 thousand metric tons located in the Red Sea in Hodeidah Governorate as a floating tank capable of loading and shipping ships with crude oil for export purposes.

It is worth mentioning that the floating ship Safer carries one million and 174 thousand barrels of crude oil. The Saudi-US aggression on Yemen has stopped the ship’s activity for more than four years, preventing its maintenance, supplying it with fuel oil, maintaining its proper condition and carrying out regular maintenance work. Most of its activities were halted and the largest number of its crew were moved away under these conditions, threatening a regional environmental disaster. All the staff of the ship was evacuated and only 5 employees were left in it for any emergency after the ship was stopped due to the depletion of diesel fuel.

July 26: A Daily Update of the Saudi Crimes Against Yemen