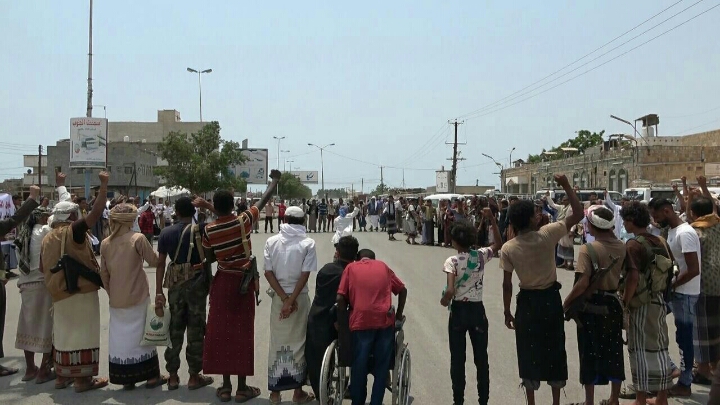 After Friday prayers, the people of Hodeidah organized protests to condemn the crimes of aggression and the ongoing siege on the people of the al-Durayhimi district since a year ago, where many civilians were killed as a result of the Saudi siege and their continuous bombardment on the city.

The participants called for a popular donation to support the fronts and confront the aggression and its mercenaries until the country is cleared of the invaders.

Aug. 16: The Daily Update of the Saudi Crimes Agaisnt Yemen