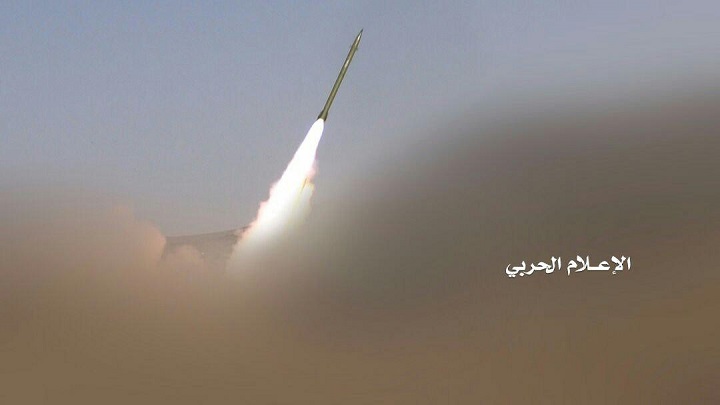 The Rocketry Force of the Yemeni Army and Popular Committees targeted, on Monday, military parade of invaders, mercenaries in “Mass” military camp, in the Marib governorate, with a new ballistic missile called “Nakal”.

The spokesman of the Armed Forces Brigadier Yahya Saree confirmed that the ballistic missile accurately hit its target, killing and injuring a large number of the Saudi aggression forces and mercenaries.

Saree pointed out that the targeting came after a delicate intelligence operation, where the invaders were preparing a military escalation towards Nihm and Sarwah frontlines.

It is noteworthy that this is the first time to unveil domestic-made missile, Nakal; however, no further details were given about the new ballistic missile.

We Are Open to Any Visit to Any Country Seeking to End the Aggressive War on Yemen: Mohamed Abdel Salam