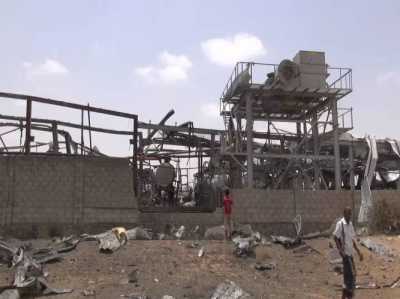 The coalition has been responsible for dozens of factories and plants damaged, including plants for water icing.

This comes in the context of targeting Yemeni infrastructure, national capabilities and economic resources in various provinces.