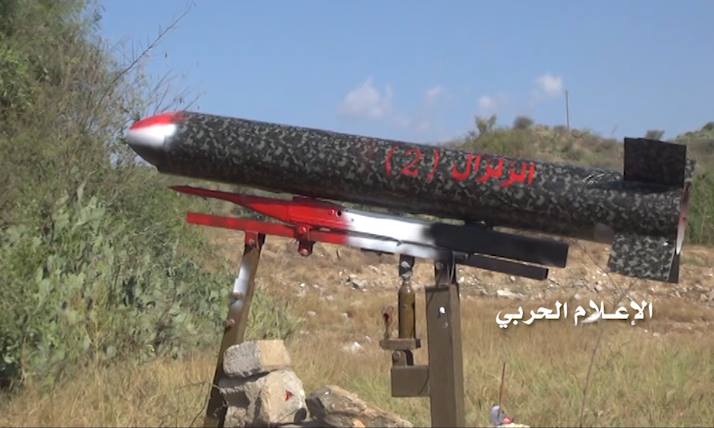 Zelzal 2 missile system is locally made and produced by the defense industry department of the Yemeni army and popular committees.The length of the missile is about two meters and a half, and weighs 350 kg, with a warhead that has a length of 90 cm, while the weight of the head is 140 kg.

The missile is considered to be of 300-millimeter caliber, and is characterized by making high explosives and hitting the target with high accuracy.