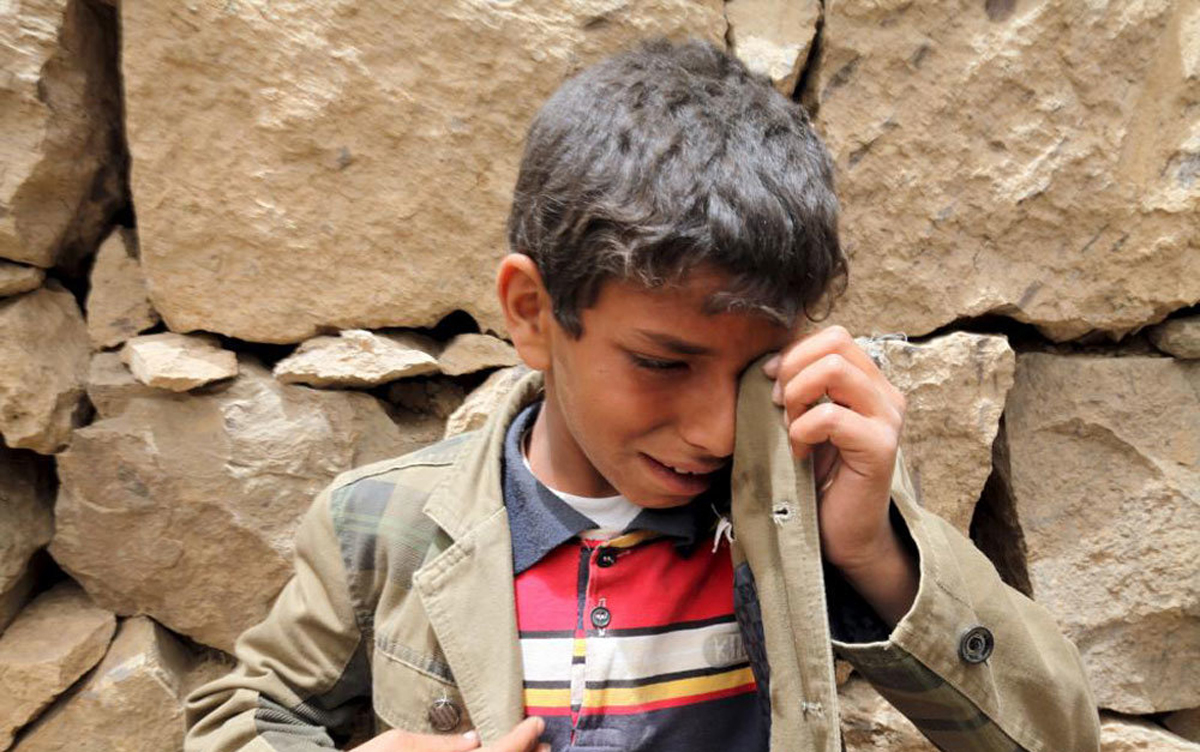 Our House is Dark, but Electricity Isn’t Why

Yemen has been crying tears of blood during the year of 2015. The poorest Arabian country has been suffering poverty for long time, an estimated 21.1 million or 82% of the population require humanitarian assistance according to OCHA. The war that broke on March 26, 2015 only made it harder to live for the poor, and equalized the rich and the poor regarding the fear of death at any moment wherever you live in the country.

The coalition that consists of more than 10 countries led by Saudi Arabia included hospitals in it’s targets, including the MSF hospital located in in the province of Saada. The injured weren’t the only effected, so were the students, innocent civilians and the dead. The dead surly wasn’t affected, and cannot be, however the coalition made sure to target a very well known cemetery in the capital Sana’a twice. They might have been trying to harm the Yemeni dignity and resistance, but none of their crimes being committed against the Yemeni people weakened the patience of Yemenis or their strong hearts.

Men including young boys chose the honor of dying on the battlefield rather in their small humble houses. Many families lost their loved ones, many women became widows and children orphans. Families who lost their fathers are left with no one to offer their necessities and provide the tenderness of a father or a brother which is one of the most basic rights of a human being. Homes in Yemen got very dark due to the long electricity blockage, but the houses of these families will always remain dark, no solar power can light them up like a father does when he first enters his house. Children have finally started going to school, after a long period of time due to the shocking war that broke out on a night everyone was sleeping in peace, wondering how they’ll live their next day.

However, life in Yemen during this hard time and under all this pressure is more like surviving, not living. The world is watching in silence while Yemen is left crying tears of blood.

More Than Half Million Saudi Are Beaten by Their Wives