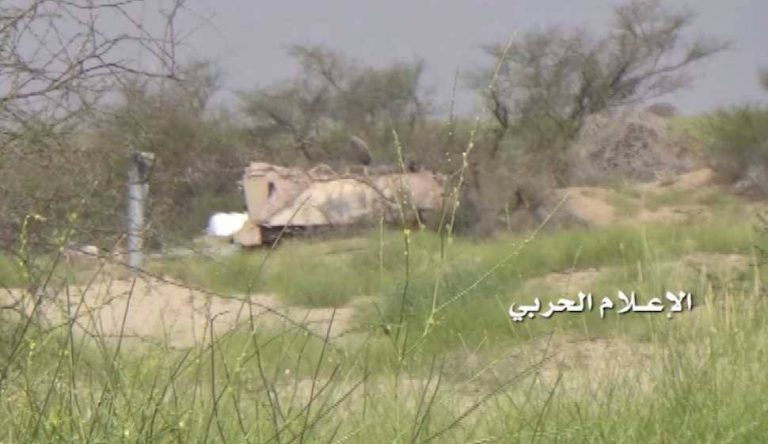 Dozens of Dead Mercenaries in Taiz

The military source said the death and injury of dozens of hypocrites during the failed attempt to progress towards Asalo area .

It is noteworthy that the army and popula’s committees were able during the last days oto cleanse Asalo area completely and expel the hypocrites of aggression and “Daesh” from the region.

View .. Asiri Committed an Error on CNN About the Image Presented by the Broadcaster