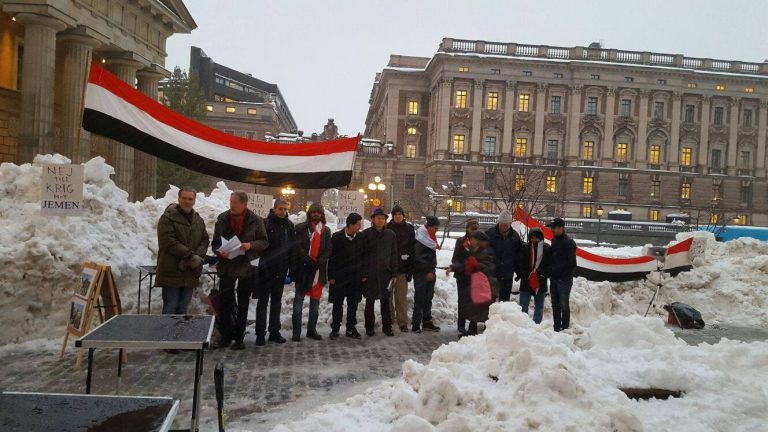 Yemeni and Foreign Activists Demonstrate in Front of the Swedish Parliament

A number of Yemeni and foreign activists demonstrated today Thursday in front of the Swedish Parliament in Stockholm to condemn the war crimes committed by the US-backed Saudi coalition and the imposed blockade on Yemen.

During the demonstration, protesters showed pictures reflecting the enormity of what the Saudi-led coalition has perpetrated of war crimes against Yemeni civilians.

Activists and politicians demanded the Swedish government to cut its relations with Saudi Arabia and stop exporting weapons for the Saudi regime, they also called for standing by the oppressed Yemeni people. 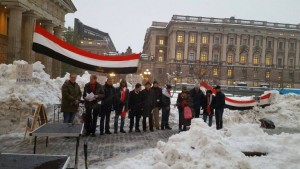 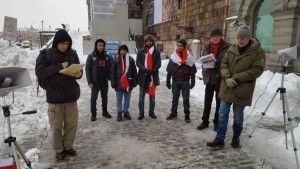 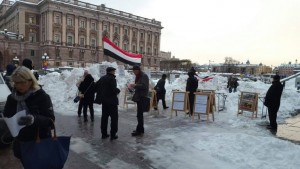 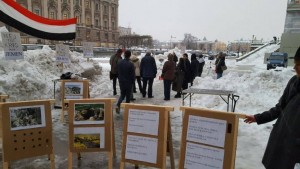