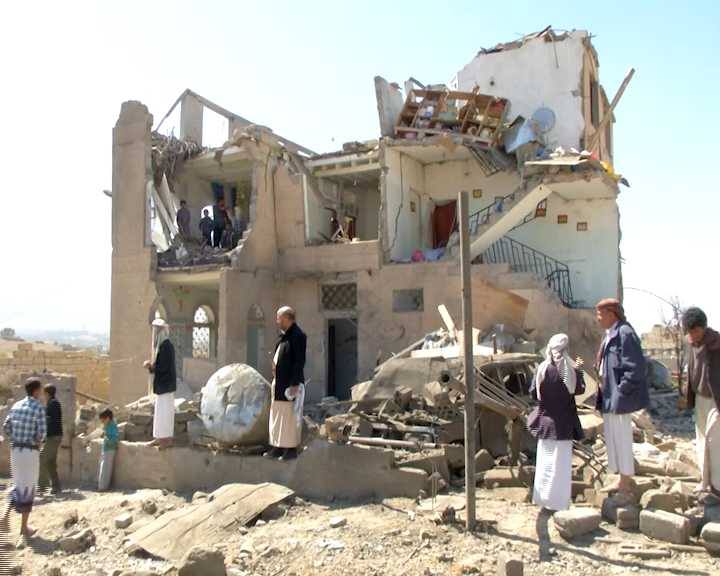 US-backed Saudi Fighter jets  continue to commit heinous crimes against Yemen and Yemeni on a daily basis. Here are some of his crimes he committed yesterday  Sunday 13of Nov. 2016

waged a raid on Snhan area

wounding four civilians, including women and children in a rocket attack on Haydan district

waged a raid on Sirwah District

Dead and Wounded in the Ranks of Mercenaries