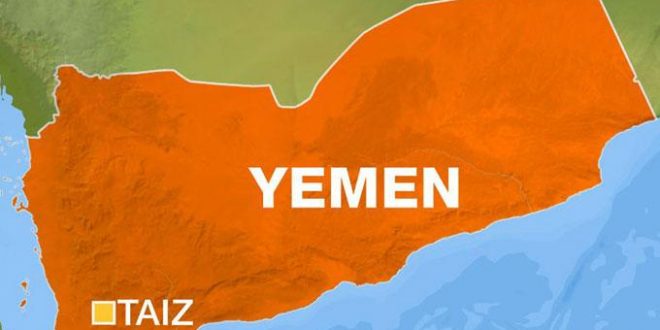 Saudi Attempt to Advance Repelled by Yemeni Forces in Taiz

A number of Saudi mercenaries have been reported to be killed or injured during the operation of foiling the Saudi attempt to make progress towards hills overlooking Hejah Al Abd road, military source confirms.

Moreover, the Yemeni artillery bombarded Saudi mercenary groupings in Al Jahmlia and Thabat, achieving direct hits. Other Saudi mercenaries have also been been targeted in the region of Al Zaida southwest of Al Waziyah district, resulting in several killed and injured mercenaries.

Earlier today, Saudi mercenaries have been reported to be killed during at attempt to advance towards the military hospital in Al Jahmalia neighborhood.