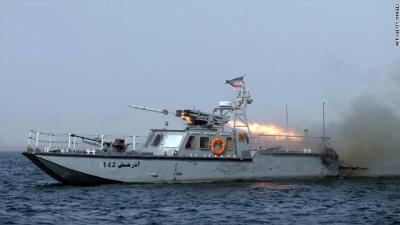 Gunboat of Saudi Aggression near the Coast of Mokha

Yemeni military source said , they had been monitoring the movements of gunboats belonging to the Saudi attack near ot Mokha coast and the Al Gaded and Dhubab area in the Taiz province.

The military forces of the popular Committees on standby to cope with any forces trying to disembark or incursions into Yemeni territory. Also, the fate of the Saudi forces and militias mercenaries of death like the previous operations, which led to dozen of dead and wounded ,and destroying a number of Saudi gunboats off the Yemeni coast,source add.

A Documentary Film for the Massacre of the ِAl Kobra Hall