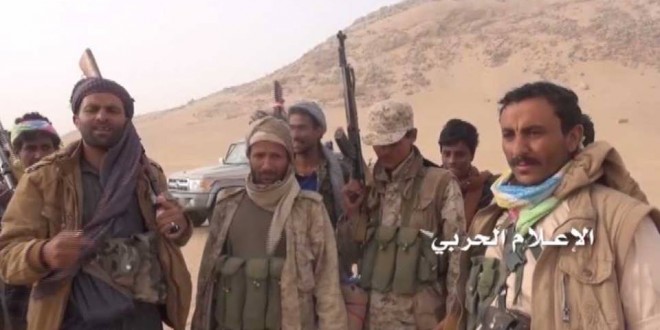 Saudi Mercenaries Killed and Injured in a Foiled Attempt to Advance

The Yemeni army and popular committees repelled an attempt to advance by Saudi mercenaries towards Ham Al Asfal and Al Khanjr regions in Jawf governorate, leading to deaths and injuries among their ranks.

Yemeni forces successfully repelled Saudi attempts to progress towards Ham Asfal in Matoun district, leading to large numbers of wounded and killed mercenaries, in addition to seizing a military vehicle and a good amount of ammunition, military source confirmed.

Moreover, several mercenaries have been killed and three military vehicles destroyed trying to advance towards the site of Khanjr in Khab wa Shaf district, source reported.

A guided missile has also been launched targeting a Saudi military vehicle in Sabreen region, Khab wa Shaf district, resulting in its burning and killing those on-board.