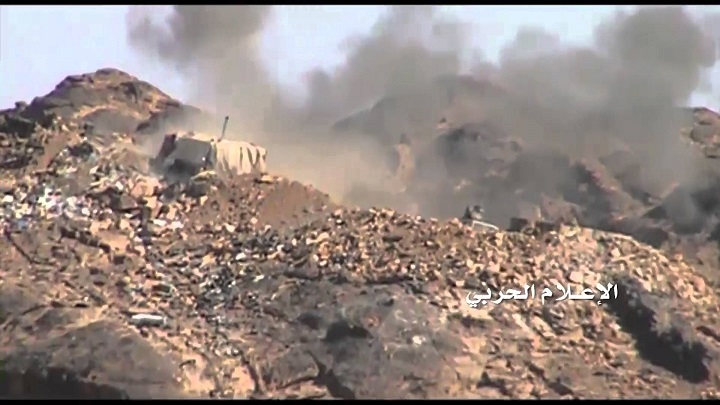 In the same context, the artillery force aimed at the surveillance of Sudaiss site yesterday in Najran, where Saudi soldiers have been seen escaping after the operation.

A Woman and Three Children Killed by Saudi American Raids