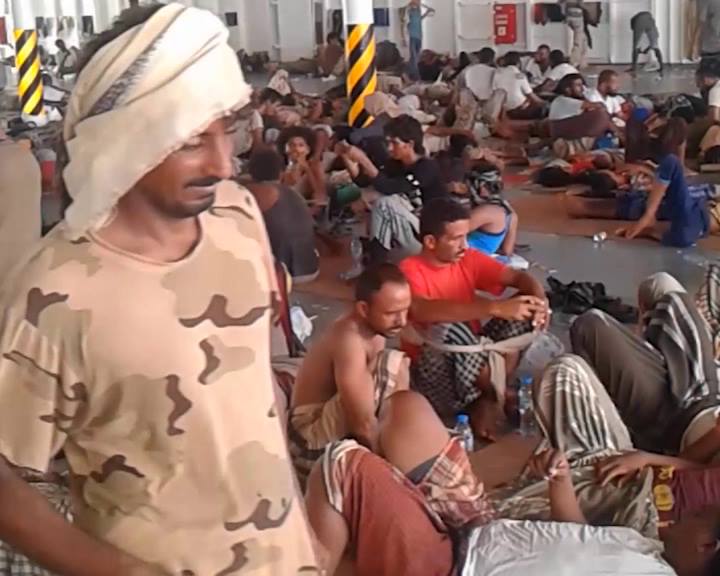 Almasirah channel has displayed scenes of southern Yemenis on a ship sailing toward Saudi territory in order to be transferred into Najran’s front to fight on behalf of the Saudi army. This is considered to be the most serious mobilization of mercenaries and the worst project carried out in southern Yemeni governorates.

Scenes show groupings of southern Yemenis during their sailing from Aden to the ports of the Saudi Kingdom in Najran.

The inhumane treatment by the Saudi army toward southern Yemenis has also been documented, despite the fact that they will be replacing Saudi soldiers by the Yemeni-Saudi border.

Mercenaries in the video say that they have been promised with improved conditions, some of them are part of Al Qaida and Daesh organizations. Scenes included that Daesh or Al Qaida members are actually the commanders of these groups.

It is worth mentioning that the issue of the south is being taken advantage of by the Saudi regime, and they seem to be the only benefiting. Southern Yemeni blood is being spilled on the land of others and so serves the projects of others.

The scenes shown on Almasirah channel are part of the recordings distributed by Yemeni intelligence, Almasirah will also air them in later episodes. 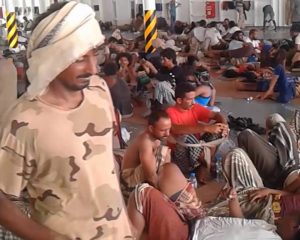 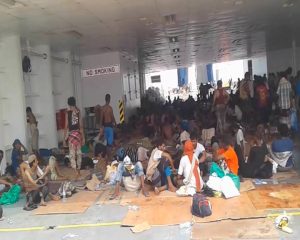