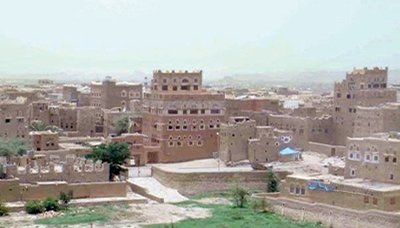 Daily report of Saudi-led Aggression airstrikes on Yemen for Friday May 8, 2015

Sadah has had its share of air raids and artillery shelling since the beginning of the Saudi-led Aggression on Yemen, being one of the most—if not the most—hit area. This exasperated today when the Saudi-led Aggression announced that ALL OF SADAH IS NOW A MILITARY TARGET and will be assaulted accordingly. This means that there is no safe zone for more than 800 thousand people who inhabit the governorate of Sadah.

The Aggression also announced that its next stage of the bombing of Sadah—as if the governorate has not been devastated by the raids since they began—will began today at 7 pm local time. And to cover the crimes they wish to commit against the people of Sadah, early today they destroyed the communication network in the governorate making it isolated from the world.

The following are some of the Saudi-led Aggression airstrikes launched throughout Yemen on Friday May 8, 2015:

Sadah: (raids after 7 pm local time and throughout the night until some time next day)

Daily report of Saudi-led Aggression airstrikes on Yemen for Saturday May 9, 2015