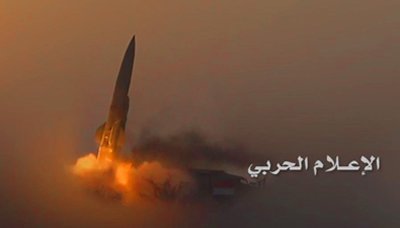 A ballistic Missile Targeting the Hypocrites in Bab Al Mandab

A military source said, the army and popular’s committees aimed gathering of hypocrites aggression in Shwab Al Jeen camp . The ballistic targeted the aimed directly to the camp , and killed dozens of the mercenaries and injured others.