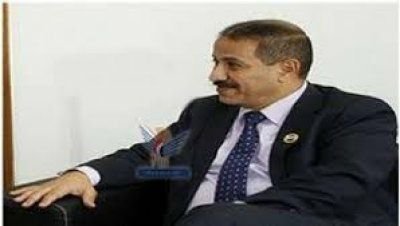 The two sides discussed enhancing bilateral relations between the two brotherly countries and reviewed the latest development on the Yemeni arena and the region in general.

Minister Sharaf, during the meeting, reaffirmed the steady and continuing stance of the Supreme Political Council and the salvation government to move forward on the peace course, peaceful solution and political settlement that meet the aspire of the Yemeni people and preserve their rights.

The minister stressed that “no consultations or talks will take place unless the aggression lift all-out blockade on Sana’a civil airport as a gesture of goodwill from Saudis and their allies.”