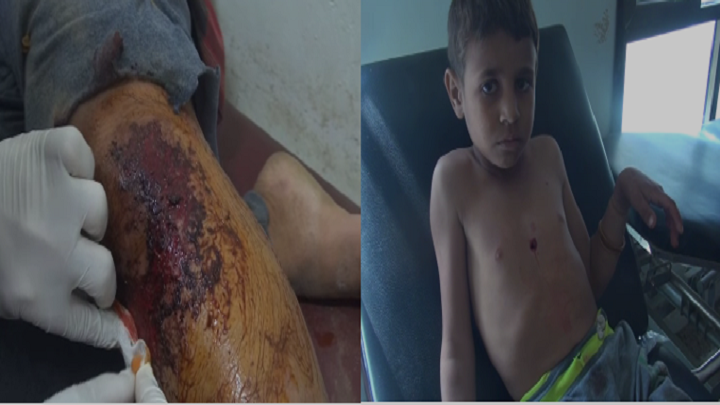 Earlier today, a child got injured by missile bombardment on the same district.